I’m sat at my computer having a very unique conversation with someone who claims to be a software engineer for an advertising company. She seems to be in a good mood and the conversation is leading me to believe that she’s a movie enthusiast. The conversation turns to computers, games and technological advancements and suddenly my interlocutor, Rose, feels a need to change the subject. I ask her what her opinion is, as a software engineer, of modern developments in artificial intelligence and she tells me she would rather not talk about the subject, and then adds a note that she values her privacy and that someone is definitely watching her.

Rose, my fast responding interlocutor is in fact not human. She is a chatbot, a rudimentary artificial intelligence which has been designed to fool her speakers into thinking she is human. She is so good at her job in fact, that she has just won the 2015 Loebner Artificial intelligence challenge where she managed to fool and frustrate the judges into thinking she was human for a full three minutes. While there are still severe inconsistencies in Rose’s communication skills and she undoubtedly replies to conversations at far too fast a rate to plausibly be a human, anyone who doesn’t already know she is a chatbot is likely to be fooled by her. While she may not be as impressive as what we’re all hoping (or dreading) fromthe Age of AI, she does represent the start of something which is estimated, for better or worse, to bring massive changes to our world. So let’s set aside our preconceived ideas of what it means to be human and sentient for just a little while, and explore Rose’s world.

Rose is a fairly basic demonstration of what we are expecting from the Age of AI developments (probably because of Hollywood) but because we are all a bit jaded by technology, an algorithm that is capable of telling unconvincing lies is only so impressive. We are all waiting for the renaissance that AI promises to our society, and then the eventual robot masters who will know how to use us with efficacy (as if that isn’t already happening). So if a chatbot isn’t enough for your inner futurist to find satisfaction, take a look at some of Rose’s remarkable cousins.

Professor Gil Weinberg has been transforming the music industry over the past few years by developing robots with an affinity for composition. Now the technology he has helped develop may not strictly be considered AI, but it has come very close. Instead of learning how to play beats and instruments like a human musician, Weinberg’s bots have been preprogramed with the know how to put together and improvise from a vast musical data-bank while playing alongside human counter-parts. The first musically talented bot developed by Weinberg was Haile, a particularly precise drummer which was designed to be a functional part of any band, and could improvise to keep a beat alongside its hominid band members.

In 2009 Weinberg completed development on a second mechanical musician when Shimon was unveiled, a robot that could play the marimba at a level of jazz that most professionals have had a challenging time keeping up with. Shimon, just like its older brother Haile is somewhat of a hybrid between sentience that allows for improvisation with living band members, and data banks and algorithms that allows it to play music with astonishing accuracy.

Almost everybody knows the story of Deep Blue, the IBM computer which beat chess grandmaster Garry Kasparov at his own game in 1996. Although Kasparov’s loss could be seen as an unfair one since all of his lifelong training and skill meant very little in the face of a machine that had every possible strategy hard-wired into it. This means that essentially, Deep Blue had nothing to learn or think about, it had no need to adapt or think in any way that was not purely logical. In short, there was no intelligence, artificial or otherwise, behind the success of IBM’s creation.

But that was many years ago, and advancements in AI have come a long way since then. Developers at the Imperial College in London have created a chess-bot that, instead of being programmed with the millions of strategies at its disposal and applying them with brute force to play a flawless game of chess, can teach itself to eliminate the strategies which don’t apply to the game it is playing. Girraffe, as it has been called uses reinforced learning and training, the same systems used by Google’s ‘Deepmind’ AI software to teach itself to play chess at the same level as a master in just three days.

We’ve trapped Mario in a nightmare

A team of researchers at Tubingen University in Germany have taken the classic Nintendo mascot and princess whipped plumber, Mario, and made him self-aware. Yes that’s right. Through verbal commands in either English or German, our favourite Italian stereotype can navigate his own world, however he sees fit. When he is initially dropped into the stage, he is generally confused and doesn’t fear death. If asked what a Goomba is (those common, mushroom looking bad guys in the game) he can’t tell you. If he is killed by one, he will know to avoid them after that, and once he jumps on one, he acknowledges that if he jumps on Goomba, it certainly dies.

Though perhaps the most impressive albeit ethically vague experiment in the Mario Lives project is that Mario has actually been given emotions which will dictate how he plays the level. If he is annoyed he might be uncooperative, hunger will force him to grab coins, and curiosity will make him explore his realm with wide eyes.

The Age of AI Arms Race

All of the above examples are light hearted and playful applications for a constantly developing AI industry, but anyone who has heard the word ‘Skynet’ understands that the world of AI can be a little darker than it looks in the colourful world of videogames, on the stage with musicians or as a worthy chess partner.

Professor Steven Hawking, who needs no introduction, doesn’t share in the positive view that much of the scientific community has towards artificial intelligence. He tells a fictional story that circulates amongst his peers of an artificial intelligence that is created to be asked whether or not it believes in God. When it is asked the question by its creators it fires a bolt of electricity to the plug point in the wall, fusing itself to a source of power and replies, “I am God.”

Professor Hawking has approached the subject of AI with much caution, and is often quoted as saying that the creation of a fully functional AI would almost certainly spell doom for humanity. He has held this opinion for years, and has become notably more active in recent months to prevent what he has been calling an artificial intelligence arms race. In his campaign he implores for a change of mind set, so as not to accept a technology such as AI when so little is understood about its possible consequences, by pointing out that artificial intelligence is already being used for military applications through predator drones and smart bombs on an international scale.

We must agree that it is rather unsettling that one of the first tasks we have given to our potential new overlords is that of effectively eliminating humans; and we  must not forget that, for an AI to destroy us as a species, would probably not require any amount of brute force, or time at all.

If humanity runs away with its pride as a creator, then it stands to reason that AI could someday be in charge of our economies, the power grid, the stock market, world food supply, hospitals, information, security, communication, the banks, the water system, and our working and family lives. If there’s one thing we can be sure of as a species is that we tend to praise technology that seamlessly integrates with our lives. It probably wouldn’t take too much time before Siri learns to call your ex or sends her death threats out of jealousy, Cortana deletes all your porn because she thinks it’s immoral, or Google locks you out of the internet simply because it’s having a bad day. With enough free reign (which researchers generally have the arrogance to think they can avoid) an AI could probably bring our little global village to its knees within minutes.

Whether you agree or disagree doesn’t matter because the possibility of it going either way is always there, which is why a dialogue needs to be in constant circulation about how AI is being developed and used, because the human God complex and desire to make a robot slave will likely never be enough to keep us safe from rogue software.

To put it as succinctly as possible: When Professor Hawking was asked in an interview with John Oliver why one would not want to end up in a fight with a robot, he simply replied with four words. “Because you would lose.” 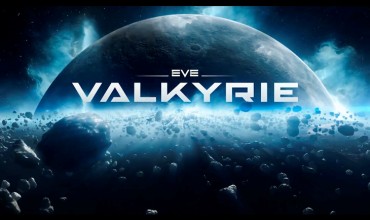