Only 9 days left until the official release of the Homeworld: Deserts of Kharak, the Homeworld’s franchise long awaited prequel, and as we are approaching the dunes the sandstorm of fans, mods and overall HW enthusiasts is on the rise!

Although there are not as many thrilling updates coming from the Black Bird Interactive as we would all love to get (some actual gameplay footage would be appreciated for example), Rob and the company aren’t leaving us hanging as well. Just two days ago, we had the opportunity to witness the new HW DoK trailer, titled the Primary Anomaly, and I know that I’m not alone when I say that the concept and the story of this trailer is quite intriguing to say at least. Let’s check it out together one more time.

Finally, the good people of Gearbox and the aforementioned renowned BBI team provided us at least with guidelines of the DoK story. Following this project from the Hardware to Shipbreakers stage has been a total Easter egg hunt in a dark until now.

The audio of the game, as much as we can conclude from the trailer, remained consistent to the HW franchise, providing us with the same experience that we’ve grown accustomed to. The design, although featuring some breathtaking images and marvelous scenes, is genuine to the one that we all know and love so although DoK in general has a completely different setting when compared to other HW games, it still feels like home.

Just a reason more to preorder your copy of Homeworld DoK on Steam and get a 20% discount if you are already a proud owner of the Remastered Collection. If not, don’t worry – you can still get a copy for free if you preorder DoK. Hurry up, there are only 9 days left guys!

One thing that really caught my attention and definitely deserves a FoH shout out, are these astonishing models from an artist, a mod, called David Gibson if I’m not mistaken (and I have to say I’ve spent hours browsing through this guys work). You can follow up on his work here, but in the meantime, check out his fantastic creations in 3d. 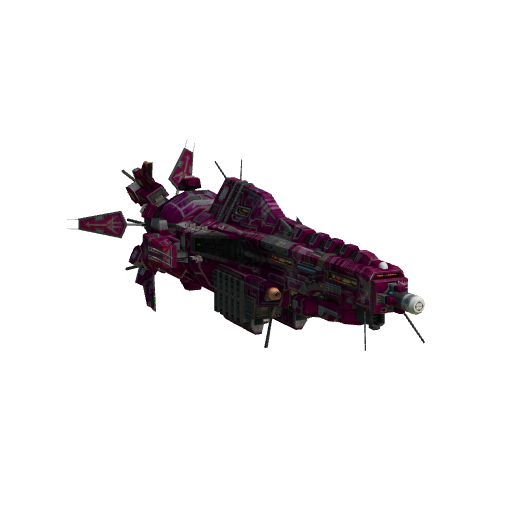 The FoH will feature some of the most popular mods that have contributed to the Homeworld community in the next few weeks, so subscribe now if you want to receive HW updates on a monthly basis. We are following all the groups that you should be, bringing you the latest information about HW and DoK. That and even more, expect some really pleasant surprises on the FoH HW fans 😉

For example, have you  heard that there is a website already online dedicated to the HW:DoK tournament? Although the prizes are symbolic, Captains of Kharak are really honoring the spirit of HW with this campaign. Wish you luck guys!