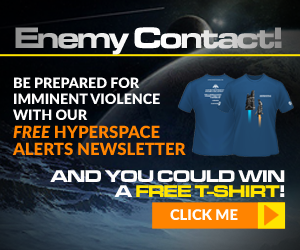 for Gearbox’s acquisition of the Homeworld IP rights from the now-defunct THQ. For many of us fans, Homeworld was never far from our mind (I replayed HW2 only a few months before the HW:R announcement, and also participated in the ‘We Want Homeworld 3‘ facebook group for years along with over 5,000 other fans!) but we never expected new and/or remastered versions.  Brian changed all of that, so I wanted to find out a bit more about behind the scenes:

Q: You guys at Gearbox have not only revitalized a cult classic with Homeworld Remastered, but obviously given it all the love and respect it deserves.  What was it like getting many of the original team members back together for the remastering?

A: Man, it was like getting the band back together. Aaron Kambeitz, Rob Cunningham, Luke Moloney, Alex Garden …these are the guys that originally created Homeworld and founded Relic Entertainment back in the day. Our goal with this has been to make the version of Homeworld that crew would have made if they had these tools available to them way back when, so to have their insight and guidance is amazing. What’s really cool is that as part of the acquisition, we received a lot of internal post-mortem documentation about some of the tech things they wanted to do but the technology just wasn’t there yet. Their passion is incredible and we’re thrilled to have them collaborate on not just the remastering, but also offer their thoughts on the future. For example, Rob and Aaron at Blackbird at now hard at work on Homeworld Shipbreakers, a prequel set in the deserts of Kharak, that we’ll be talking more about later.

Some of the HW:R Crew (from left): Rob, Aaaron, and Luke

Q: I remember reading that you were going to give Homeworld its due, regardless of costs, and didn’t necessarily expect to make a profit on it.  Is that still the case, or has community participation exceeded your expectations?

A: We’re excited to just get this back out there, especially since there was no real way for folks to easily acquire Homeworld and Homeworld 2 on digital distribution. Obviously, we’re a business and we have to consider costs of things like the acquisition and the remastering, especially as we look to the future, but it’s all up to the fans 🙂

HW:R Available on Steam! Click the image for more info

Q: A lot of the fans (including myself) are also interested in Homeworld: Cataclysm.  I know the source code has been lost, but is there any chance of a Gearbox re-creation it using the remastered engine?

A: Right now, we’re focused on finishing up Homeworld Remastered Collection and getting it out into the world. From there, we’re going to see what we can do – the source code being lost is an obvious bummer, but if there’s enough demand, we may be able to pursue some alternatives in an attempt to, if nothing more, get the Classic version back out there.

Q: In your interview with Incgamers you mentioned how heavily the mod community was leveraged during the remastering.  Can you tell us anything about potential post-release plans for mod support, such as toolsets, map builders, etc?

A: We’ll be sharing more details on mod tools and support soon. We’re hoping to keep expanding the tools and functionality post-release based on the feedback we receive as the modders start digging in. We’re really, really excited to see what folks come up with – the mod community kept the flame burning for so long, we can’t wait to get new functionality into their hands.

Q: Is there any interest on Gearbox’s part for more Homeworld games, and/or additional merchandise?  Us fans are definitely interested!

Word! We’ve got Homeworld Shipbreakers coming up and we’re looking at additional merchandise – art books, t-shirts, etc. – alongside the things we’ve already shown, such as the Collector’s Edition Mothership.

Looking forward to the future, we’re jazzed about Homeworld but we don’t want to get ahead of ourselves. With things like the Multiplayer Beta, we’re shaping the future of Homeworld alongside our community, so really a lot of that will depend on what we hear 🙂

Brian, I think I speak for all Homeworld fans when I extend a sincere Thank You! for theresurrection of Homeworld.  Now, I’m going back to Homeworld in 3k, I dunno about you guys…

Many thanks to Brian Martel, Andrew Goldfarb, and Jeff Skal for this interview!